A Framework for Asking Better Questions

In 2020, stay-at-home orders had a surprising impact on road traffic. For months on end, highways felt eerily empty. Over the course of the year, Americans drove 13% fewer miles than in 2019. But while the experts anticipated this would lead to safer roads, crash fatalities increased by almost 8%.

This drastic and sudden rise in crashes and deaths was shocking, but why were they happening?

The data points to factors such as speeding, failure to wear seatbelts, and drinking while driving, but that doesn’t really tell us much. The deeper question is why were people more likely to take these risks?

Ultimately, there’s something about being in the middle of a crisis that leads people to believe the standard rules no longer apply.

This mentality has crept into almost every aspect of our life — our businesses included.

Our world is in a constant, perpetual state of change, and labeling current conditions as “abnormal” is largely unhelpful. Yes, we’ve been in a real crisis. There’s no question that the pandemic has created unfamiliar challenges and problems. But for many owners, this has resulted in feeling like the best practices no longer apply.

New challenges may need new solutions, but the process of evaluating those problems and seeking out the right solutions for them should already be familiar to us. It all starts with asking the right questions.

Uncover the Root Cause

In the mid-1920s, Sakichi Toyoda — founder of Toyota Industries and “King of Japanese Inventors” — developed a technique that would go on to change the process of critical thinking forever.

He called it the Five Whys, and while it was originally intended to uncover new product features, it’s since become a near-universally accepted best practice for arriving at the root cause of a problem. You simply ask “why?” as many times as it takes to uncover the underlying issue that needs to be addressed.

While the Five Whys has its criticisms, this technique has unquestionably stood the test of time, helping leaders make decisions through every type of crisis you could imagine.

It’s an integral part of Kaizen, Lean manufacturing and management, and Six Sigma, and it’s just as useful today as when it was developed nearly 100 years ago. It’s a best practice that shouldn’t be forgotten, especially not in the pandemic we’re experiencing now.

The reason I’m unpacking this right now is because I’m hearing the same question multiple times a week from owners who are stuck.

“The marketplace is changing. Services are changing. Clients are asking for new things. Meanwhile, we’re running smaller teams and don’t have the depth of resources we had two years ago. What do we do about it?”

They’re looking for a solution, but what they should be looking for is a better question. This framework is a great place to start.

The first thing to understand is that most of the problems we’re experiencing now are about constraints. We have new demands and environments, and our resources are limited. The first thing we need to do is find the core constraint – where it all begins.

As I start to unpack this with my clients, and they identify that the problem is indeed a constraint problem, the next question they ask is, “Can we hire another project manager?”

This is where we can use the Five Whys. We have a starting point, which is the belief that we don’t have enough project managers. Now, we can begin to ask why to uncover a possible solution, which may or may not be to hire more PMs. Here’s how it looks:

“Why do you need another project manager?”

“Because our current project manager is too busy.”

“Why are they too busy?”

“They have trouble getting out all the quotes, completing the drawings, conducting site surveys, prepping gear, and hiring crew.”

“That seems like a lot for one person. Why are they in charge of all that?”

“They’re the most qualified person we have to do it.”

“Because they’re the only one who’s ever done it.”

“Because it takes too long to train new people.”

As we keep asking why, we begin to uncover the reasons behind our constraint problem. Then, possible solutions start to take shape.

Maybe we need to develop a better system for training existing employees to help the PM with tasks when needed. Or maybe we need to redefine the project manager’s role entirely, so other team members can permanently take on some of the bottlenecks.

Or, maybe we discover that we do indeed need to hire a new project manager, and the original hypothesis is confirmed.

Enable Your Team To Think Critically

Whatever the final decision, this process of asking better questions generates thinking that leads to more informed solutions. And that thinking needs to extend beyond you as the owner.

When employees at every level can ask the right questions, they can solve problems faster, more thoroughly, and without your direct involvement. That’s where the real magic happens, so this needs to become a part of your company culture.

To instill this in your team, the next time you’re presented with a problem, assemble them together and begin to ask why. Then encourage them to start asking why themselves. This will enable them to get to the better question on their own.

Once they have some experience asking why, this kind of critical thinking will influence how they manage their own team and solve problems internally, gradually becoming part of your company culture.

Even in periods of rapid change and crisis, it’s important to remember that the best practices still apply. New problems will often need new solutions, but the way to arrive at those solutions still begins with time-tested best practices. Use them, and embed them in your culture.

Learn how to attract your ideal prospects by visualizing the perfect customer.

Enter your name and email to download your free tool: 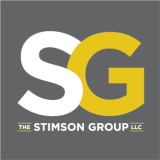